Who Needs Fingerprints…Brain Waves Are Just As Telling 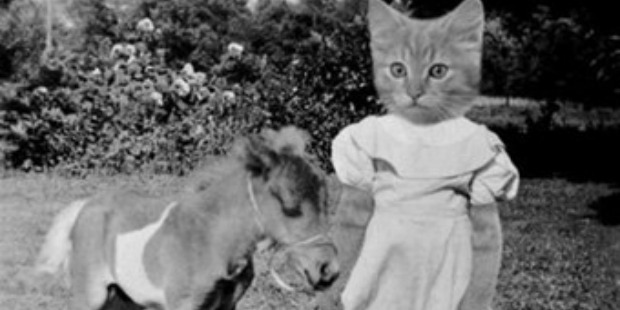 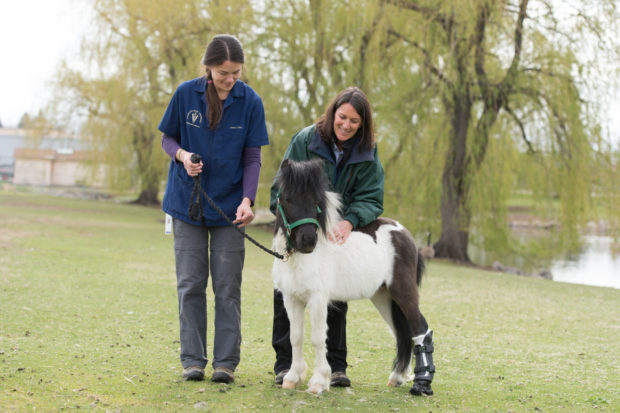 There’s not much that is more touching than seeing someone like an injured military veteran receive a prosthetic limb or a young child with a birth defect that is able to walk on their own for the first time because of a prosthetic limb. Innovations in prosthetics aren’t just reserved for humans, though. Possibly the cutest use of one recently was a prosthetic hoof made especially for an adorable pony. Go ahead, try to read this without going “Aww!”

There couldn’t be a more appropriate name for this pony, nicknamed “the Little Pony That Could,” than Shine. It was only in December of last year when Shine was attacked by what her owner, Jacque Corsentino, thinks was a dog. Corsentino knew right away that something was wrong with her pony when Shine wasn’t waiting for her at the gate, as he usually did. Corsentino looked around for her pony and when she found him, Shine was covered in blood. After closer examination, she noticed that the pony had injuries to his lip and rear leg.

Knowing that it would be a long road to a full recovery for the Little Pony That Could, Corsentino kept a close eye on Shine. While the pony seemed to be in good spirits and feeling better, she noticed that the injured back leg was getting infected. Corsentino took Shine to many veterinarians in order to figure out what the little pony would need to get better. It was Dr. Laurie Goodrich who examined Shine and determined that the 3-year-old pony was small enough to be a candidate for a leg amputation and prosthetic hoof. 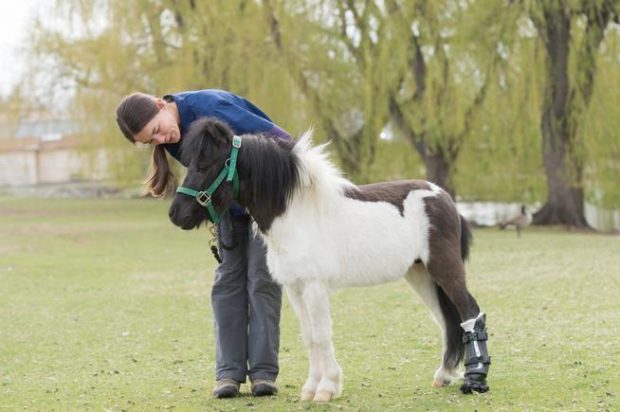 Just a couple of months ago, Shine was a brave little pony and went under the knife for the chance to trot again on his own. The procedure was done at the James L. Voss Veterinary Teaching Hospital and Shine recovered there for six weeks. In late April, it was finally time for Shine to come home to his barn in Colorado proudly wearing his new prosthetic hoof.

This story, of course, got lots of media attention because who doesn’t love seeing a tiny pony trotting around like a champ with a new prosthetic hoof? Although he is still getting acquainted with his new hoof, the way he is already walking around on it is truly amazing. He’s still on the road to recovery and is currently going through physical therapy, but what he’s already doing is remarkable…and adorable. 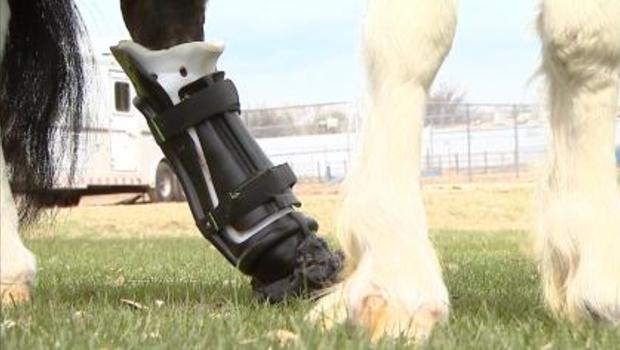 Because the prosthetic is something foreign to the pony, he is still not quite comfortable with it. If any of you have tried to put clothing on your pets, the first thing they try to do is shake them off. Well, Shine has been doing the same thing with this prosthetic hoof. It’s just a matter of time before the pony gets used to it and trots around with full confidence. Here’s hoping for another video of that momentous event!

The prosthetic hoof, as do most prosthetic limbs, has a sock inside of it. Shine’s will need to be changed every other day for the rest of his life. For his owner, though, it’s a minor chore in exchange for getting to spend more time with her little pony. Besides trotting freely in fields with his prosthetic hoof, Corsentino plans to take Shine to hospitals as a therapy animal.

What is the most touching use of a prosthetic limb that you have seen on an animal?