Crazy Holidays Of August… Who Has Some Extra Zucchini? 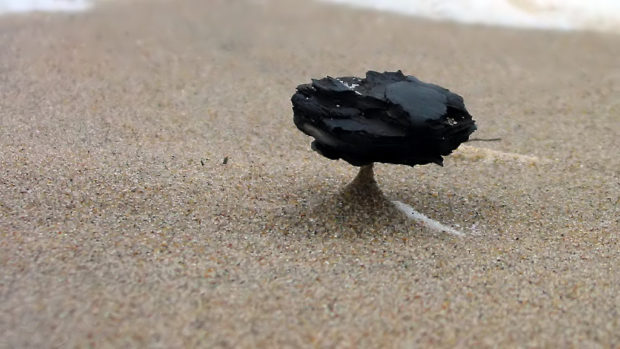 Summer has officially started and you’re probably thinking about getting away from it all for awhile. Sure, you could go to Myrtle Beach or Orlando but that’s been done. Why not take a trip to one of these unusual beaches from all over the world? 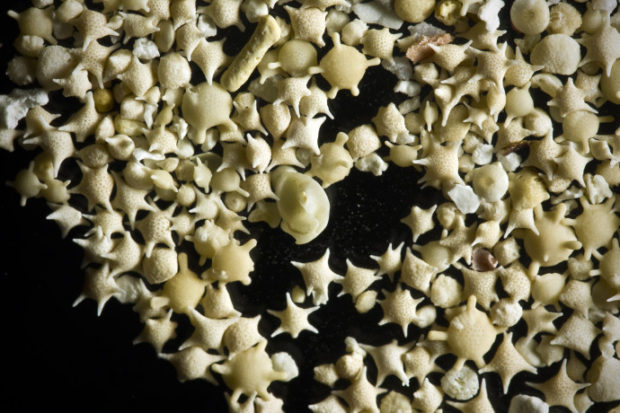 On an island in Japan there’s a beach where there lays no sand. Instead, this beach is composed of exoskeletons of foraminiferans – microscopic marine organisms – that have been washing up for an estimated 550 million years and continue to.

However, legends around the islands tell of more fantastical origin stories. One says that they are the offspring of the North Star and the Southern Cross. The offspring were killed by a giant serpent and landed in the beach.

The best time to see these little fossils is right after a typhoon and if you look hard enough you might find a few that are still alive. 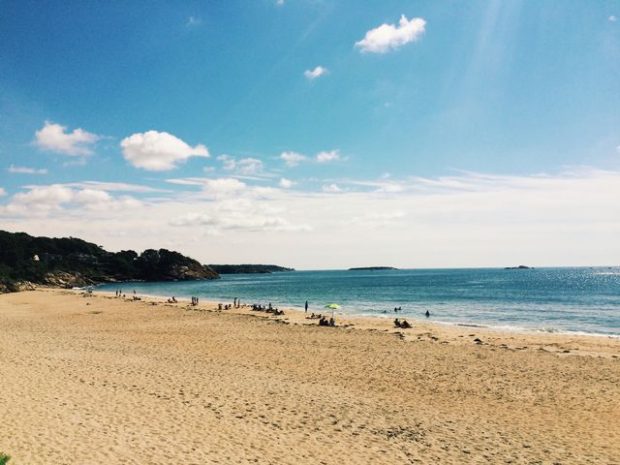 Singing inspires the sound of melody in our heads but this beach is a little more squeaky. Science can’t entirely explain what causes the cantabile tones but it’s speculated that it is one layer of sand rubbing gently against a second.

Anything can obstruct the sound, from pollution to organic matter, causing it to become inaudible. If you plan on visiting the beach you may want to get there early as it regularly fills up by 11 in the morning. The best place to hear the songs of the sea are on the driest side at normal tide. 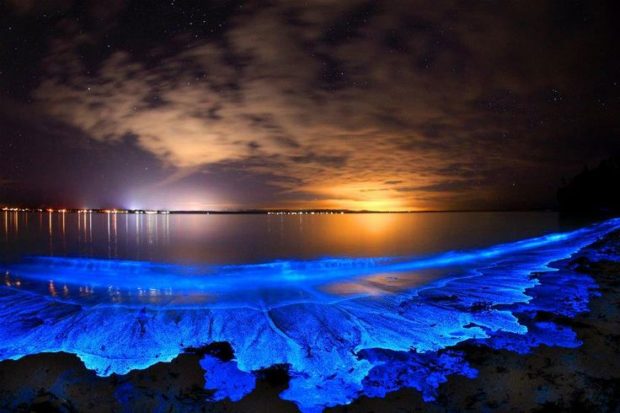 If there’s anything I’m most jealous of in other countries it is how everything seems to be so much more colorful. This beach, much like the Star Sand beach in Japan, is covered in small creatures called ostracod crustaceans. They have commonly been mistaken for phytoplankton which don’t light up for nearly as long.

When the water crashes into the beach the crustaceans react with a brilliant illumination that can last for several seconds…even minutes at times. Unlike phytoplankton that will react to any kind of stress, these creatures tend to respond more sporadically. Can’t get to Maldives? No problem, this phenomenon happens in places like Puerto Rico, Belgium and Jamaica. 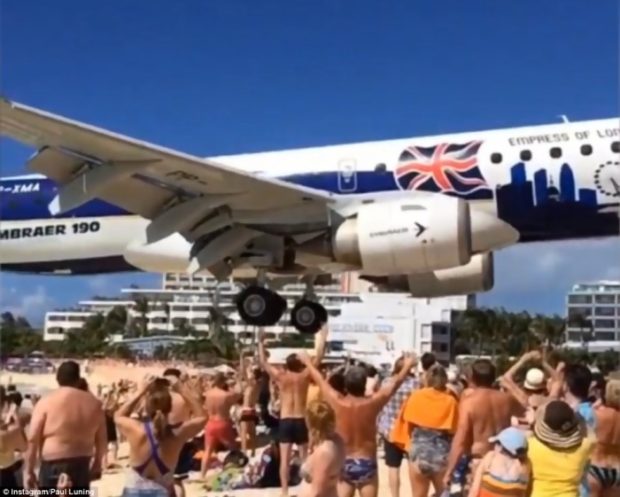 If you really like planes and you really like beaches, then here’s a place for you. Maho beach is located adjacent to Saint Martin’s Princess Juliana International airport. When planes come in for landing, beach goers should stay seated, though some have been known to jump up and high five the bottom of these commercial planes.

Of course, that’s not recommended. Another thing not recommended is standing so close that the blowback of the jet blast sends you flying into the water. These dangers don’t stop beach bods though. Maho is often jam packed full of people waiting to catch a glimpse of aviation. 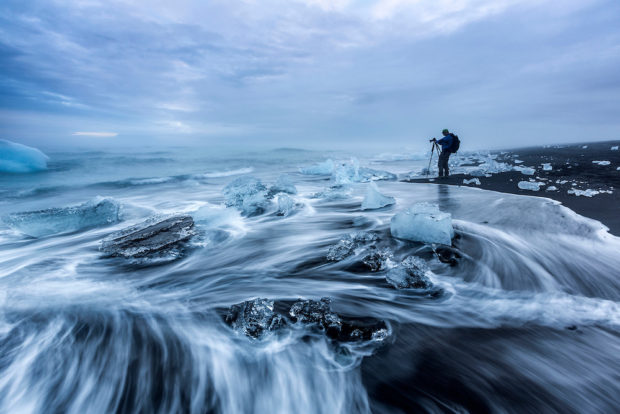 Most don’t associate Iceland as a beach hot spot and I can’t really argue that it’d be my ideal destination. However, it is quite unusual in its formation. The glaciers began receding since at least the 1970s and haven’t slowed down.

The lagoon offers boat trips featuring amphibian tours a safe distance away in a smaller part of the lagoon. Or, you can go a step up and do the Zodiac tour – which sounds more sinister than it is – you can get much closer to the glacier. 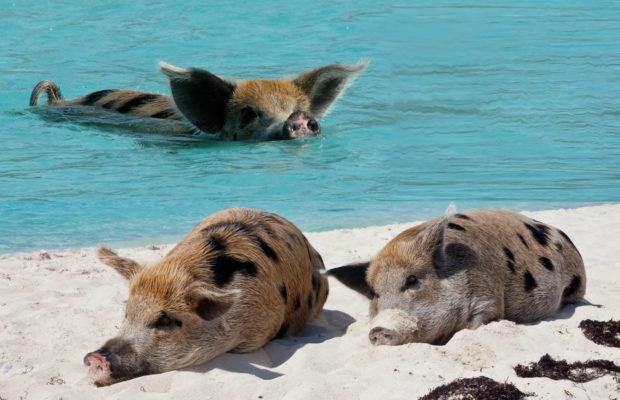 If swimming with dolphins and snorkeling seem too normal for your beach vacation, then Big Major Kay is where you need to go. Located in the Bahamas, this beach is home to around 20 pigs that are happy to swim with you and even share your beach snacks with you.

Where the pigs came from remains a mystery with many theories. One says that lost sailors may have left them on the island to cook later when they came back. Another says the pigs may have been survivors of a shipwreck and were able to swim to shore. And then there’s the modern theory of good ol’ capitalism that says the pigs were placed there to attract tourism.

Whatever it is, the pigs have survived unknown years and have adapted to human contact. So take a trip to paradise and dive with the swine. 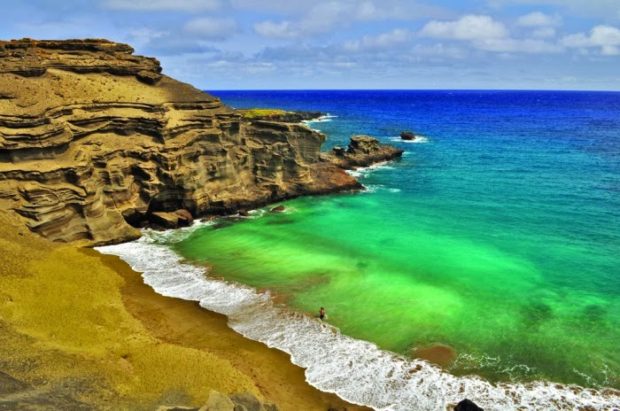 This beach is known for its humidity, heat and windy aspects but probably most important is its green sand. Papakolea is cut into the side of a Pu’u Mahana – cinder cone – which erupted 50,000 years ago. The sand is composed of a common silicate that’s been produced by Big Island lava which provides the green color. This is an all purpose beach offering activities from swimming to four-wheeling. You’ll find all walks of life on Papakolea. 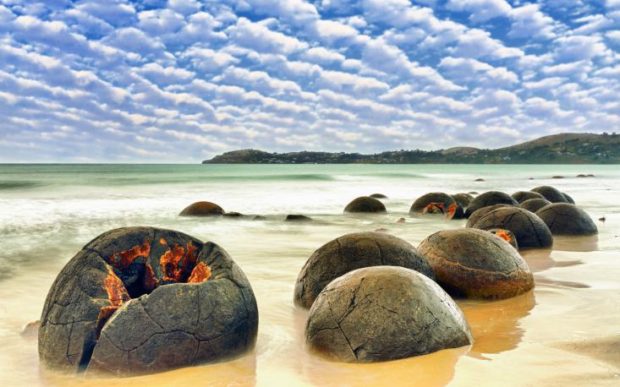 Looking for a honeymoon spot after your “Game of Thrones” themed wedding? Then you should immediately think of New Zealand’s Koekohe Beach and its Otago coast. There you’ll find the Moeraki Boulders, otherwise known as dragon’s eggs. The boulders appear scattered or clustered together.

Local legends say the boulders are the remains of eel baskets, kumara (sweet potatoes) and calabashes from a wrecked sailing canoe. It says they washed ashore from the wreck of Arai-te-uru and that the various boulders are petrified husks of the hull, the wreck and even the captain’s body. 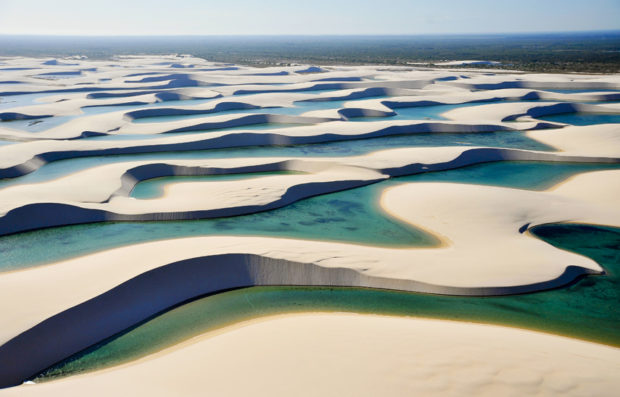 When you think national park you probably think miles of trees but in Brazil this National Park is populated by sand dunes and several gorgeous lagoons. Lencois Maranhenses is not your typical desert. It resides on the outside of the Amazon Basin and gets plenty of rain at the beginning of the year.

Because of this rain, fresh water collects in the valleys between sand dunes and is confined by a layer of rock that lies underneath the sand. The lagoons are surrounded by beautiful white sand and are at their fullest between July and September. They even have a large amount of fish that travel through the interconnected rivers into the lagoons. The wolf fish actually stays dormant in the mud and other wet areas after a majority of the water has evaporated, until the next rainy season. 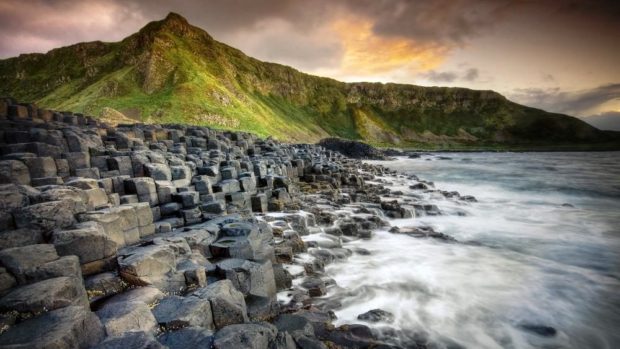 Perhaps not the comfiest of beaches but most certainly one of the prettiest. The Giant’s Causeway is composed of around 40,000 interlocking basalt columns from an ancient volcanic eruption. Around 50 million years ago Antrim was subject to intense volcanic activity. The lava cooled leading to contraction and horizontal fractures, shaping the mud with cracks. The columns size has been determined at how fast the lava from the eruption cooled.

But as with any massive natural formation comes a mythical legend. The Irish giant, Fionn mac Cumhaill was challenged to a fight by a Scottish giant, Benandonner. In order to get to Benandonner, the giant had to build a bridge. One story says that Fionn wins the fight but a more bizarre version tells a tale of cowardice. Fionn hides from Benandonner and when he discovers he is smaller than him, Fionn runs to his wife who helps disguise him as a baby. Benandonner is tricked into thinking the father of such a large baby must be the largest of giants. Running away, Benandonner destroys the causeway behind him.

So where are you going to go on vacation this summer? Any beaches I missed?

Jess lives in Ohio with her husband and 3 cats. She is a freelance writer, film critic, and overall horror hound. Her interests aren't solely movie related though and you can check out her work on Phactual, Bloody-Disgusting, Geek Legacy, and more.