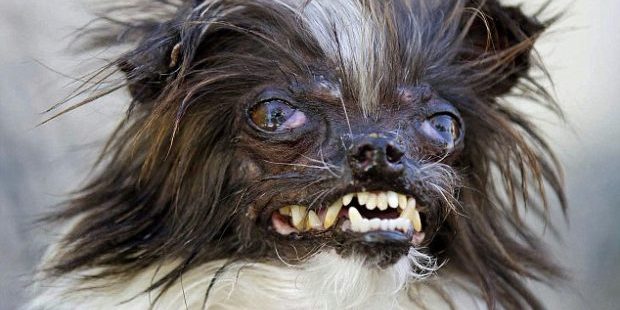 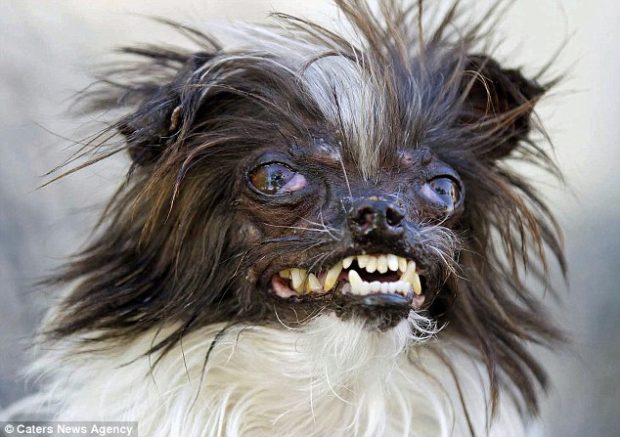 As an animal lover, it’s hard for me to think any animal is ugly. So it’s a good thing I won’t be a judge at this year’s “World’s Ugliest Dogs” contest held in California. Sixteen dogs are up for the title and there are quite a few to choose from. In order for the dogs to be entered, owners must provide a vet certificate that assures the pup is in good health as well as examined by a physician at the contest. This precaution helps the contest runners know the animal is healthy and not being abused to alter their look. So let’s take a look at the winners of the past five years. 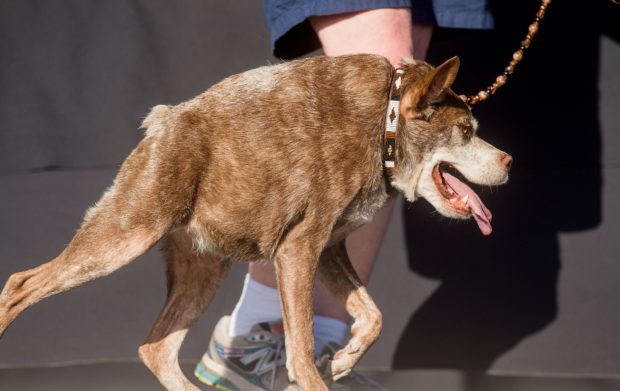 Quasi lives with her owner in Florida and is a Pit-Bull Dutch Shepard mix. She was born with a spinal defect and abandoned at a local animal shelter. She was rescued by a vet that worked at the shelter who fell in love with her hyena/Tasmanian devil look and took her home. Although she may not look like it, Quasimodo can run, jump and play with the rest of ’em.

After her award, she was invited on the Jimmy Kimmel Show and given a makeover where a variety of wigs were applied. But makeover or not, Quasimodo is undoubtedly loved by her rescuer.

Peanut’s breed isn’t quite clear but his owner thinks he is possible Chihuahua and Shih Tzu. As a puppy, he was a victim of malnutrition and other abuse. He was a victim of a fire which claimed his lips and eyelids which causes his eyes to constantly water leaving snot bubbles forming.

He reminds me a lot of a gremlin post bursting out of egg stage. But I’m glad this little boy got a home despite his unusual outwardly appearance. 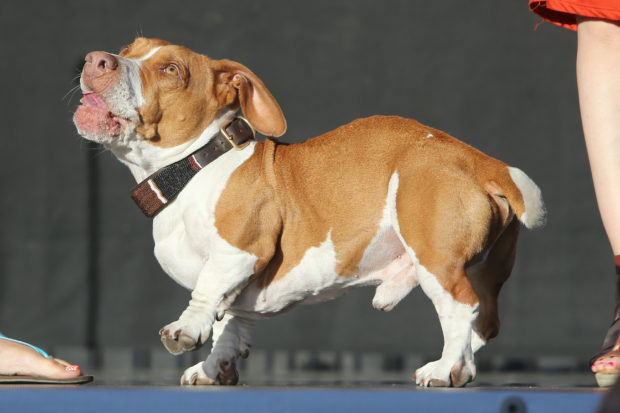 The adorable rolly polly dog above is a Beagle/Basset/Boxer mix. This explains the large boxy head, with short duck-like feet, and long body. His owner loves Walle just as he is, in particular, his cute waddle. She says that people come up to her and tell her something is wrong all the time but he is healthy as can be. The two decided to take a vacation with their $1500 reward. 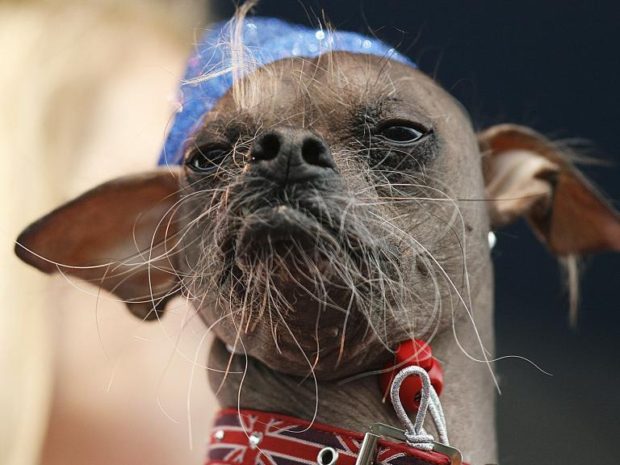 Mugly is the only dog outside of the United States to have won the award. At the age of eight, this little Chinese Crested was soon doing the local tv circuit back home. In May of 2016, Mugly was given the “Hero Award” for helping adults and children with disabilities. Mugly travels to schools and libraries to do programs like “Paws and Read” that aid people of all ages in learning to read confidently. 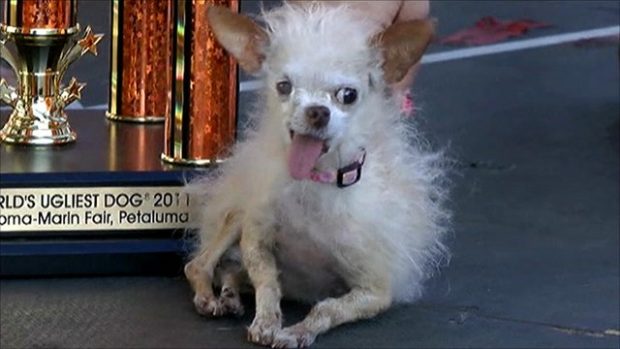 At the time of her win, Yoda was an older Chinese Crested and Chihuahua mix weighing only two pounds. Yoda’s owner says she found her abandoned  behind a building. When she initially found the dog she thought she was a large rat and took her to be put down. After she was identified as a Chinese Crested mix suffering exposure and malnutrition, she was adopted.

Yoda died peacefully in her sleep in March of 2012.

So do you know a dog for this competition? Maybe you own a dog that could potentially win you $1500.

Jess lives in Ohio with her husband and 3 cats. She is a freelance writer, film critic, and overall horror hound. Her interests aren't solely movie related though and you can check out her work on Phactual, Bloody-Disgusting, Geek Legacy, and more.