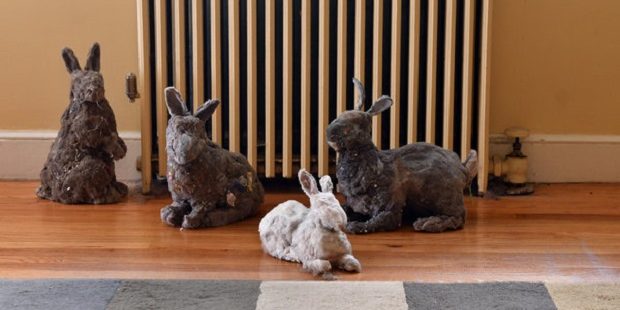 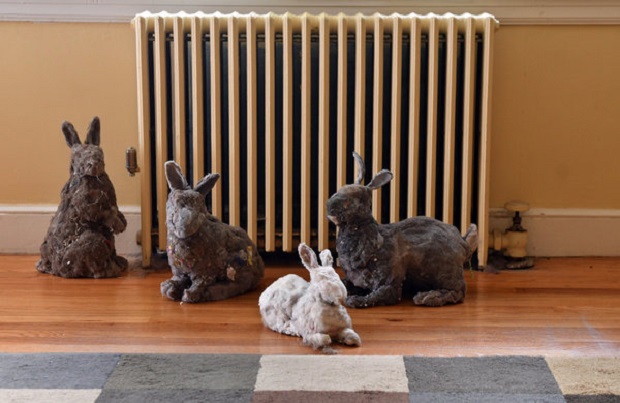 For many of us, dusting and sweeping our home is a mundane task that is dreaded. For a certain Pennsylvanian, however, it’s just part of her craft. Instead of wasting precious dust and dirt by tossing it into a garbage can, Suzanne Proulx adds it all to her collection so that she can make more dust bunny sculptures.

Making The Most Of Dust

Usually seeing a dust bunny on our floor means that it’s time to break out the broom and clean up. You can bet that a dust bunny doesn’t sit still for long on Proulx’s floor! In fact, she may yearn for more dust bunnies so that she can finish one of her latest dust bunny sculptures. From Erie, Pennsylvania, Proulx has been using dust, dirt, and lint in her artwork for a long time now.

Believe it or not, she started out using dust by creating self-portraits. For someone who can’t even use a pencil or paintbrush effectively, the thought of using dust to draw myself is comical! It wasn’t until recently that Proulx had the idea to turn dust bunnies around her home into actual dust bunny sculptures. The results are quite charming! 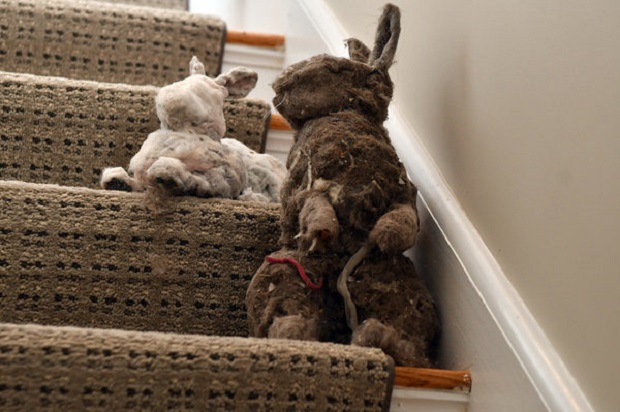 It would probably take Proulx at least a year to finish her dust bunny sculptures if she only used dust and dirt from around her own home. The perk of that being she’d have a spotless home. Thanks to Febreze Air Purifiers, though, she doesn’t have to wait for the dust to buildup to finish her projects. They donated 40 pounds of dust to the artist so that she could stay busy. 40 pounds, by the way, is how much dust (on average) collects in the typical American home. Yuck!

Before she received Febreze’s sponsorship, Proulx sought help from friends and neighbors. It was an easy favor, as all they had to do was live their lives while Proulx collected their dirt and dust for her sculptures. An added benefit to her day job as an assistant professor, Proulx was able to gather more art materials from those dirty dorm rooms at Edinboro University. The students also collected lint from the dryers, which no doubt helped the collection greatly. 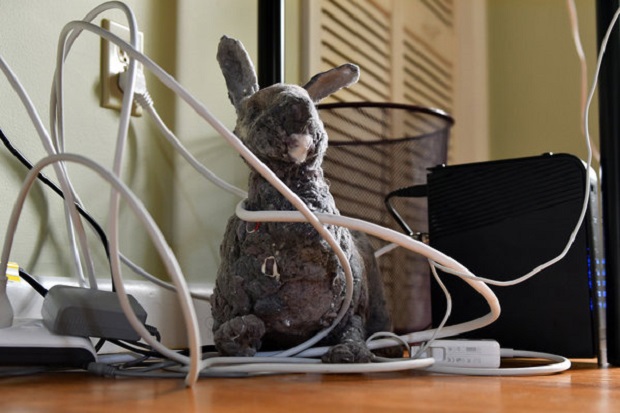 Would you ever buy one of these dust bunny sculptures?