The Best Marvel Movies — and Not Just the MCU

Remembering the Fat Guy In A Little Coat

13 TV Shows that Never Should Have Been Cancelled

The Best Marvel Movies — and Not Just the MCU 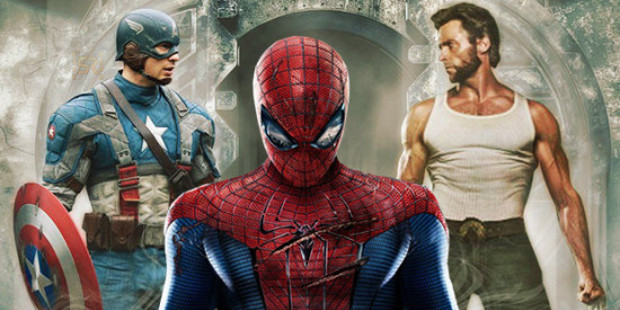 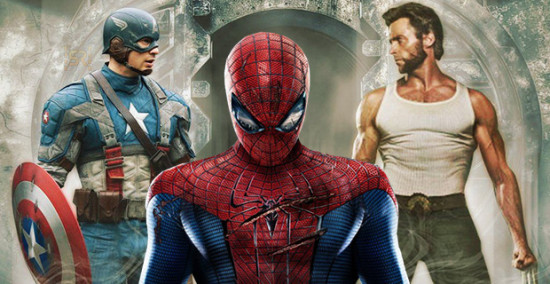 Let’s take a look at everything Marvel’s offered us over the years, and not only in Disney’s Marvel Cinematic Universe (MCU). Because they were licensed to different studios, properties like X-Men, Spider-Man, Ghost Rider, and even Blade were never able to interact with the universe of Black Widow, Captain America, Iron Man, and Thor. That will change soon for Spider-Man, but it means we’ve been gifted with wildly different interpretations of comic book adaptations and what being a superhero  means.

Here are the best Marvel movies, across the board, both in and out of the MCU:

No movie was more instrumental in proving comic book superheroes could make money at the box office. With multiple superhero films every year now, the idea seems ridiculous, but Spider-Man exceeded all expectations in 2002 and helped kick-start a cinematic genre. More than that, the first film still holds up beautifully. I enjoy Andrew Garfield’s Amazing Spider-Man movies, but they don’t compare to the first two Tobey Maguire flicks. Few Marvel villains, for that matter, compare to Willem Dafoe’s Green Goblin either.

The MCU was stuck repeating the same story over and over again throughout Phase 1: a rollicking frat boy (complete with disapproving father figure) defeats a rival villain, learns being a true hero requires self-sacrifice, and is guided to this realization by a woman with a lot of patience who sacrifices her own career to temper his moodiness. Thor didn’t break the mold, but if you’re going to repeat Shakespeare’s Henry IV, Part I over and over again in all your films, you may as well get Shakespearian actor-director Kenneth Branagh to direct one of them. How else are you going to get Anthony Hopkins to wear a golden eye-patch in a movie with a rainbow bridge climax?

The original Iron Man is a deeply flawed film in the MCU’s canon, but it sets the Marvel tone and – let’s face it – it gives us some of Robert Downey Jr.’s best work. To think what might have been: Tom Cruise turned the role down before it was offered to Downey. It all still holds together because of Downey’s mile-a-minute monologuing. He challenged audiences to keep up, not just as he blasted through the sky, but also while we marveled at his performance.

This could be the most re-watchable film on this list, simply because of its charm filled cast and the winking villainy of Tom Hiddleston’s Loki. Unlike its over-busy sequel, this first Avengers remembered to stick a team full of superheroes together and let them talk, fight, bicker, and process their differences face to face. The truth is, we’re more excited to see the characters take each other to task with their suits off than with them on. Even the dynamite CGI action climax in the skies over New York wouldn’t have been as thrilling without the barbs and insults traded back and forth in a lab and over a conference table beforehand.

No superhero movie has better handled an ensemble than this one. Throwing two timelines’ worth of casts at each other while introducing a spate of new characters, Days of Future Past wove Bryan Singer’s X-Men films together with Matthew Vaughn’s First Class reboot. It stands as the most ambitious superhero movie ever attempted and it pulls off about 90 percent brilliantly.

Lest we forget just how good a film this was, X2 hit on every front a comic book movie could. It handled conspiracy, shifting allegiances, a large ensemble cast, a heaping dose of social commentary, and a number of top-notch action scenes. As if that weren’t enough, it fused mystery, horror, and road trip comedy elements into the mix. For better or worse, it also solidified Hugh Jackman as a movie star. Its journey felt epic and impactful in a way superhero movies often fail to even when the world’s at stake. Sometimes, we watch fun movies but feel like they don’t matter. Even in its worst moments, the X-Men franchise has at least always found ways to matter…and in its best moments, the franchise absolutely sings.

Nobody expected the second Captain America film to be a ’70s man-on-the-run movie with cyberpunk trappings. Up until last year, the MCU had remained a very enjoyable, but still somewhat immature universe. Suddenly, it was taking on the National Security Agency, profiling, and defense spending as subject matter. The films fight scenes felt more like The Dark Knight than like Avengers. It pulled the throttle of Avengers back a notch, making things more personal while putting our faith in corporations and our government on trial.

3. Guardians of the Galaxy

I had very little hope for this one until I saw it, but this really is something special. Even with a lackluster villain, Guardians creates an irreverent space opera for a new age. It has epic space battles, but its heroic cast of orphans also speaks to loneliness and the nature of finding others to rely on. At times, there’s real anger and desperation pulsing under the surface of the film, but there’s love, too. Guardians is a beautiful film about coping with loss, disguised as a space opera about naughty words and blowing things up.

One of the greatest testaments to the ’90s that exists on film is Blade. Back in 1998, vampires didn’t sparkle – they drank blood, had sadistic orgies, and listened to a lot of house music. Doesn’t sound like the Marvel you know? Exactly. An R-rated, violent gem of an action film, Blade embraced its comic nature while playing to its exploitative, adult side in an era before comic book movies were perceived as valuable properties. Its fast-paced, R-rated action and gothic world-building still hold up. It got away with things superhero movies may never get away with again, at least not for Marvel.

You can’t overstate how good the second movie was. In many ways, Sam Raimi’s Spider-Man trilogy remains the ultimate Marvel achievement (even affording for its kitchen sink third entry). Unlike the MCU’s cast of wisecracking, ever-charming heroes, Raimi gave us an awkward loner of a boy ill-equipped to handle the everyday responsibilities of adulthood. That boy has a talent he loves, but he struggles with believing in himself and he’s wary of revealing it to others. He can’t win his own approval or earn it from those around him. Yet he struggles on – what makes Raimi’s Spider-Man trilogy so different from all these other films is the series focuses not on how unique the hero is, but on how similar he is to each of us. What Peter Parker struggles with the most isn’t a cosmic force or the ultimate bad guy – it’s finding the faith and resilience to make it day-to-day. He still engages in his passions despite all the disappointments and shortcomings he encounters in his own life. The MCU is still a long way away from making a film as personal as this one.

Have you seen all the movies on this list? What’s your favorite Marvel film?