3 Cat Breeds That Could Take Over The World

New Pot App: How Much is Too Much? 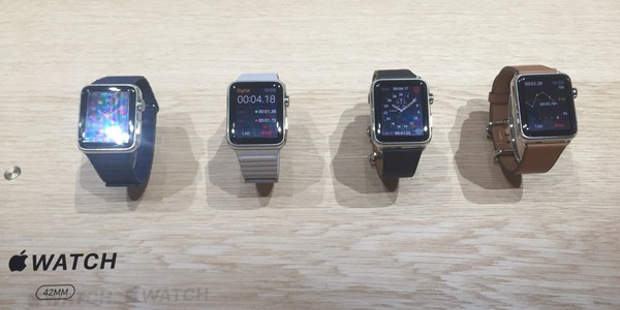 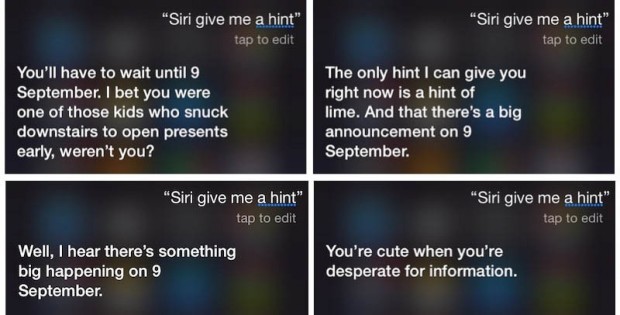 Apple’s 2015 September event is in full swing in San Francisco, and like the rest of the free world, we’ve been watching since minute one. Keep an eye on this spot for the latest updates, delivered as soon as we hear them.

The latest version of iPad is big—really big. We’re assuming it’s intended to be marketed for industry use more than anything, but we’re also confident that normal people will be buying that monster as soon as it’s available, despite—or perhaps because of—the undoubtedly hefty price tag.

On a slightly smaller scale, the iPad Mini 4 launches today at a starting price of $399. With the same performance level as the iPad Air 2, it’s an impressive step up for the more portable Minis.

In addition, Apple announced the Apple Pencil, which is their new, brand-name stylus. It is both force and angle-sensitive, so it can tell how hard you’re pressing and where you’re approaching the screen. That’s cool, right? Sure, but it costs $99 all on its own.

Now with Siri! Everyone’s favorite sassy robo-lady has broken onto the Apple TV scene, plus new app functionality that Tim Cook is calling “the future of TV.” Siri can compile your viewing options across multiple applications, as well as locate specific episodes or films based on starring actors. Ask her to find a movie or show and she will comb Hulu, Showtime, HBO and Netflix. Did you miss something? Ask, “what did s/he say?” and Siri will rewind 15 seconds. Tell her to skip ahead and she can do that too.

What else is new with Apple TV? This is the first introduction of “tvOS,” basically an app store for your television. It comes with apps by Hulu, Netflix and HBOnow, games like the new Guitar Hero, and others like Zillow and Airbnb.

Speaking of games, the Apple TV remote boasts some interesting functionality in that department. Multiple remotes for one television can act as game controllers; each remote contains an accelerometer that allows it to register motion controls similar to the Wii or Kinect systems.

If you’ve still got some money left, don’t worry. Michelle Peluso presented the Gilt home shopping app, so you never have to leave the couch again.

This is what happens when you ask the Apple TV “How are the Yankees doing?” pic.twitter.com/X0ckUkv6m1

This is probably what most of us have been waiting for. Apple TVs are sleek and shiny, but we still can’t put them in our pockets. That’s what the iPhone is for!

iPhone 6s and 6s Plus look strikingly similar to last year’s models, but they come in something that looks like a rose gold finish. Apple’s senior VP Phil Schiller just announced an “even stronger glass screen,” as well as pressure sensitive 3D touch—press harder for different menus. A light touch will show you a preview of whatever it is you’re looking at; open the menu by keeping your finger in place. 3D touch already works with apps like Instagram, Dropbox and Facebook, so it will be integrated into user experience immediately.

Both new phones have a 64-bit chip called the A9 that is “optimized for real-world use.” We assume this means it’s fast. In other words, the iPhone 6 that you have just became old news, especially with the upgraded 12 megapixel camera that can capture 4k video. Don’t expect to watch those videos afterward, though; the screens aren’t high resolution enough to support playback.

The iPhone 6s and 6s Plus all take “live photos,” photos that turn into 1.5 second videos on a 3D Touch, just like a picture in a “Harry Potter” newspaper. Facebook will support the live photos through its app. Sure, there are a lot of apps that can record photos as GIFs, but the new iPhones will do this natively.

The “live photo” videos get taken automatically every time you snap a shot. (Captures 1.5 sec before and after the moment you snap.) Wild. — David Pogue (@Pogue) September 9, 2015

Undeterred by their watch’s lack of success so far in the market, Apple is moving forward with some new features, including compatibility with those “live photos” from the iPhone so that your watch can have a moving background. Apple is also partnering with designer brand Hermes for extra fancy—and extra expensive—timepieces. 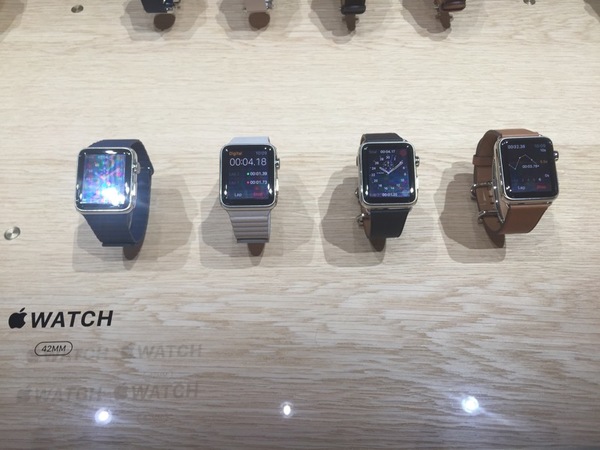 Want to know more about what’s going on in the tech world? Follow David Pogue and Alyssa Bereznak on Twitter. Writer, editor, proofreader, veteran of the freelance trenches. I read a lot of books and I'm trying to write one—ask me how that's going! No, don't. Currently based in Portland, OR.