“Darkey in a Watermelon?” Are You Serious? 8 Terrible Vintage Ads

Is it OK to Wear Navy With Black?: Understanding Fashion Color Theory

How Customers Choose: Are You Being Tricked into Buying?

“Darkey in a Watermelon?” Are You Serious? 8 Terrible Vintage Ads 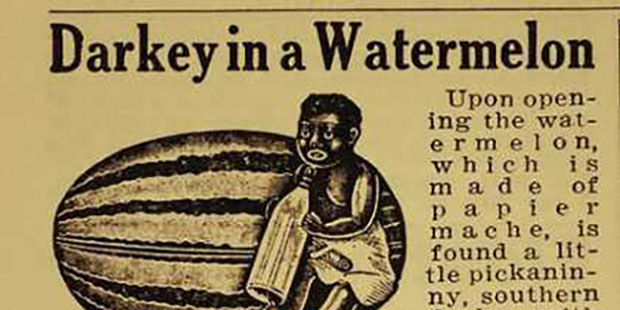 We like to think in today’s modern world we are above racism, sexism, homophobia, and other prejudices. But there was a time when political correctness, let alone common respect for our fellow humans, barely existed. Vintage ads give a glimpse into what we used to accept as a society, and they hopefully help us realize how absolutely awful we were. While our society still struggles to find a path beyond the things that continue to keep us down as humans, here are some great examples of how terrible we used to be. Here’s eight truly terrible vintage ads.

1. Darkey in a Watermelon 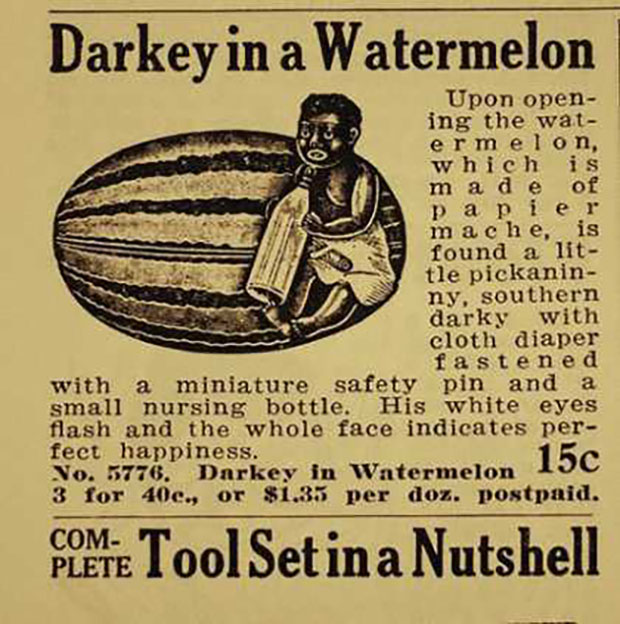 Literally advertising a watermelon pinata, this product is complete with a “little pickaninny southern darky.” Can I quit humanity right now? 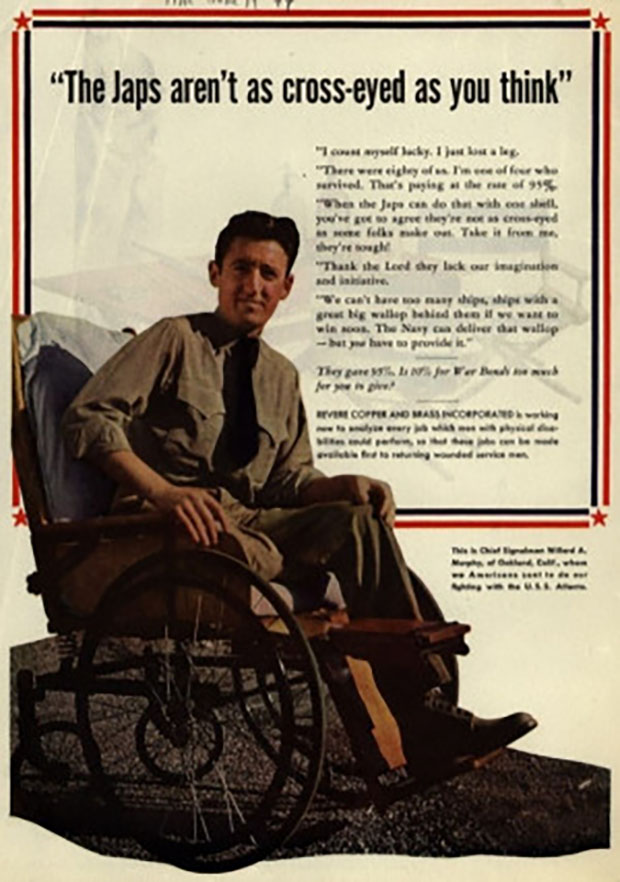 Seriously, this is an ad about a company trying to help disabled war vets find jobs. Playing on the mindset of the time, rather than empower disabled vets, the ad degrades the Japanese armed forces, going so far as to say “they lack our imagination and initiative.” 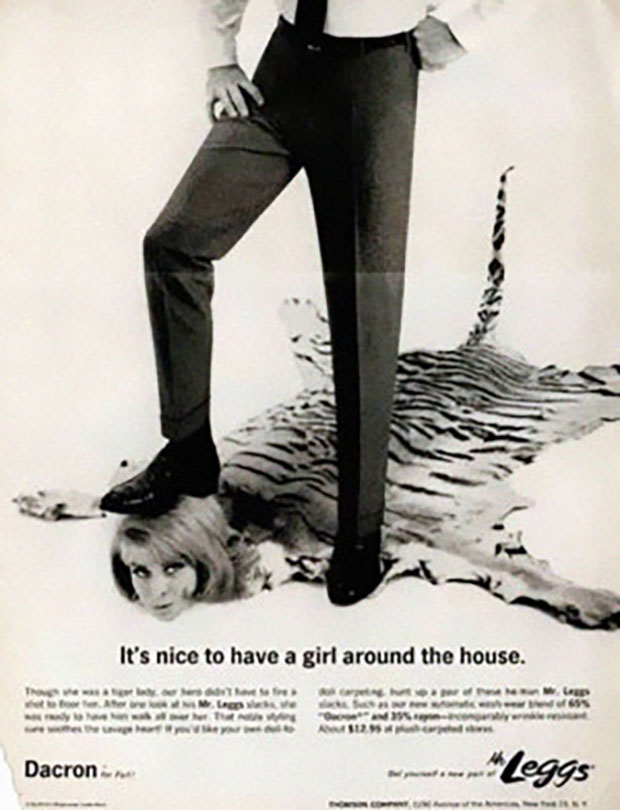 An ad for men’s slacks, the content so nicely explains the woman was a tiger woman, and once she spied those extra sexy Mr. Leggs slacks, she was ready for her man to walk all over her. I don’t know about you, but whenever I see a man in a nice pair of pants I think, “those are nice pants.” 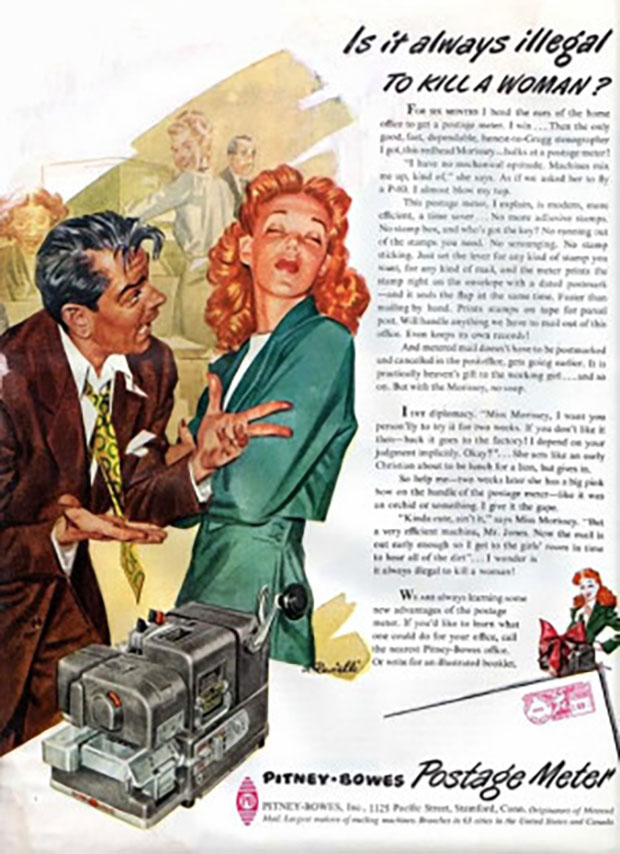 What modern office isn’t complete without a postage meter? Apparently the tech-illiterate stenographer wasn’t interested in a new machine and her boss couldn’t help but hope it would be grounds for legally killing her because of her lack of enthusiasm for the new meter.

“A sickness of the mind” is how society used to classify homosexuality. This educational film makes homosexuals out to be child predators, grooming their potential prey with outings, money, and gifts. If they had used this film as a tool to teach kids about sexual predators, it probably would have served a better purpose than being used to classify homosexuals as people ready to abduct and kill young boys.

In 1969 it was suggested maybe homosexuality wasn’t a problem with the head, but maybe people were actually born that way. It wasn’t until 1973 that the American Psychiatric Association removed homosexuality from its official Diagnostic and Statistical Manual of Mental Disorders. But up until then, most people viewed homosexuals as sexual deviants unable to control their many twisted urges and vices. 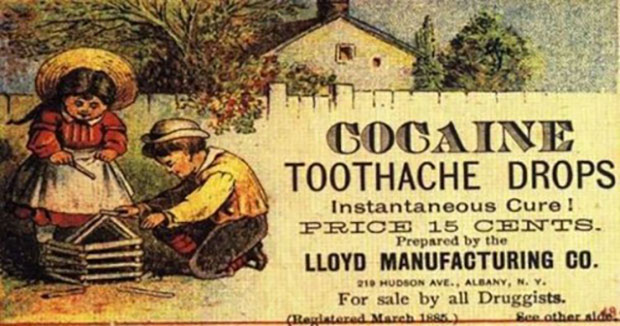 Why? Because there’s no better way to help your teething baby feel better than with a good dose of cocaine drops! 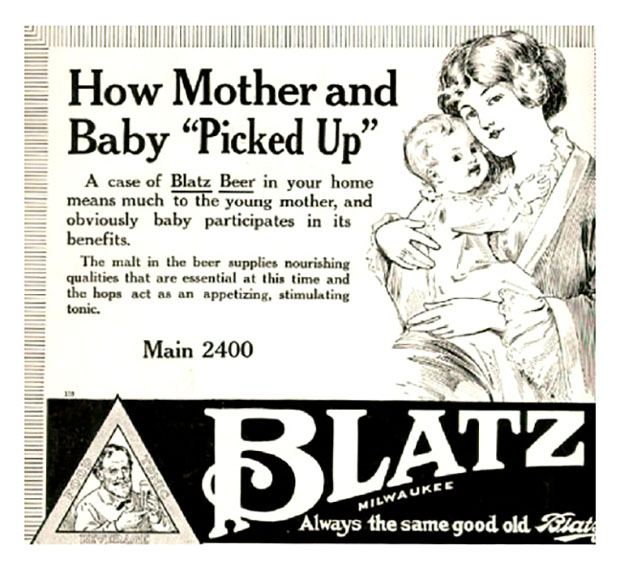 What new mother and newborn/toddler doesn’t love beer? Apparently the malt in the beer supplies “nourishing qualities” and the hops are an “appetizing, stimulating tonic!” I know I’ll be touting the benefits of beer for babies to the new moms in my friend circle.

We like to think we are more evolved in the present day, but advertising and the media in general constantly remind us we still have a long way to go before we can totally be without prejudice as a country. With that thought, I’m just going to leave this here…