The Most Dangerous Venomous Animals In The USA

Tigers On The Rise!

The Most Dangerous Venomous Animals In The USA 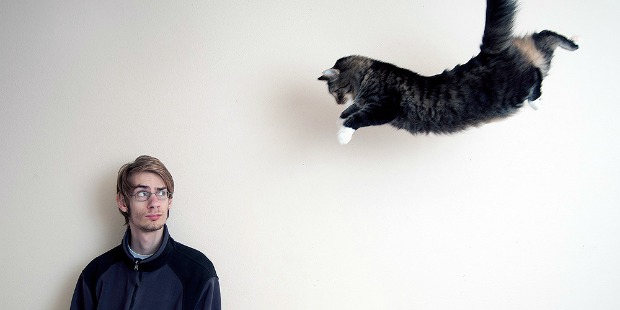 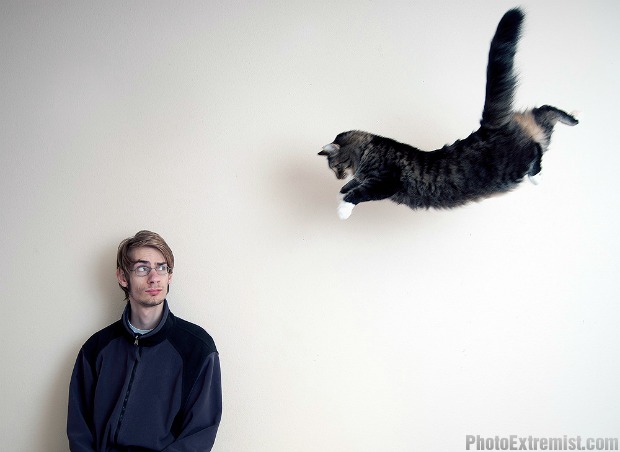 Let’s debunk some myths and realize some truths. 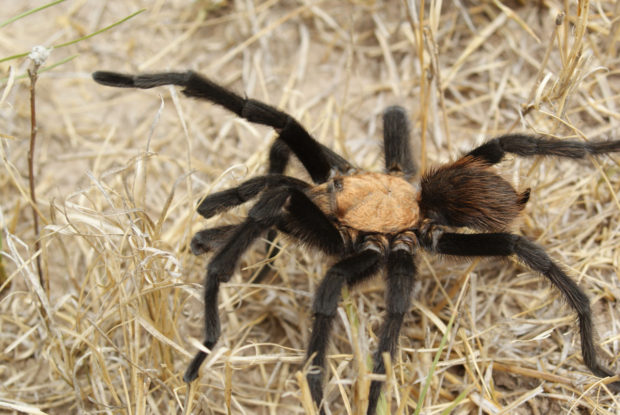 The tarantula gets an honorary position here so we can debunk its mythology. The reality of its bite is greatly exaggerated. Despite their reputation, there’s never actually been a recorded death from a tarantula bite. New-world tarantulas (those in North and South America) actually have fairly weak venom.

In fact, there are other dangers tarantulas pose that are just as significant. New-world tarantulas have bristles on their abdomen they will kick off with their hind legs. These can irritate the eyes, nose, mouth, skin or pose a greater danger if inhaled. Furthermore, tarantula bites pose a threat of infection that demands they should still be medically treated. 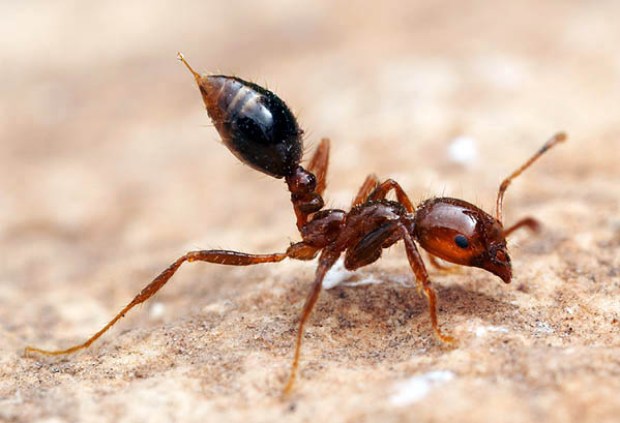 Yes, ants can actually kill. Fire ants, in particular, can be vicious. About 5 million people are stung by them every year. Most imagine that they bite, but fire ants will only do that to get a grip so they can plunge a stinger at the end of their abdomen into a victim. One or two stings aren’t much to worry about, though they will hurt for days, but the problem with fire ants is that they swarm very aggressively. If you happen upon a colony, you could have hundreds on you before you realize it.

The little buggers aren’t native to the United States either. They were brought into Alabama 70 years ago via cargo from Brazil. They decided they like it so much here that they stayed. Fire ants, like tarantulas, are typically only found in the Southern U.S. Even though they can kill, deaths resulting from them are still very rare. 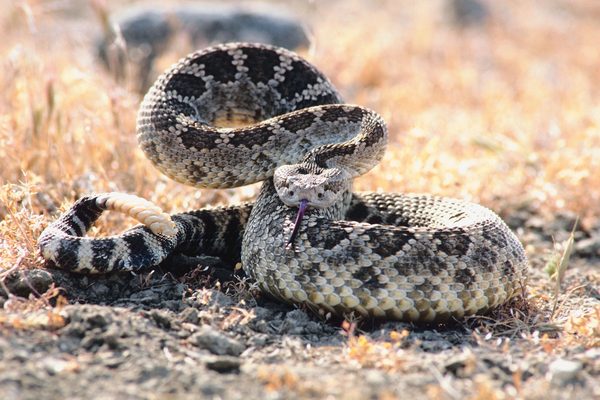 While snakes kill more than 90,000 people a year around the world, the accessibility of emergency rooms and anti-venom in the United States makes snake bite deaths fairly rare. Our snakes are also less aggressive than many in other countries, as species of the coral, cottonmouth and rattlesnake families all prefer hiding or retreating from a threat rather than confronting it. Their venom are also not among the stronger varieties found among snakes.

According to the University of Florida, snakes account for only six deaths a year in the United States. This doesn’t mean you should treat them lightly–there are 8,000 venomous snake bites a year in the U.S. Each bite is painful and capable of killing if not treated.

Consider, for instance, that India has a population four times that of the United States. That means they should have four times the snake bite deaths per year, right? Yet they have 11,000. Part of that is because they have more aggressive and more venomous snakes in other parts of the country. Part of that is because there are heavily populated areas of India that lack the same access to emergency care and anti-venom. You could still be one of the six that die in the U.S. each year, so remember to be careful. 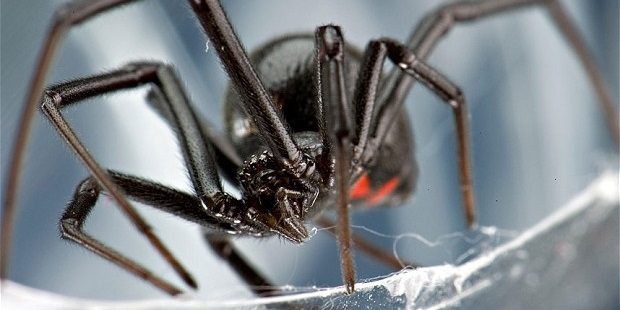 Spiders aren’t much further ahead than snakes, with only seven deaths in the U.S. each year. This crosses both the feared black widow family and the brown recluse. Brown recluses rarely come into contact with humans, however, and if they do, they rarely bite. The reality of the black widow is that its bite is almost never fatal.

You should still be afraid of it, however. Symptoms from a black widow bite can last as long as three weeks, and include severe muscle pain, uncontrollable sweating, and an abnormally fast heartbeat. Their webs look disorganized, irregular and tangled. When you break them (never do so with your hands), you can actually hear the crackle of the strands snapping.

So what’s really the most dangerous venomous animal in the United States? 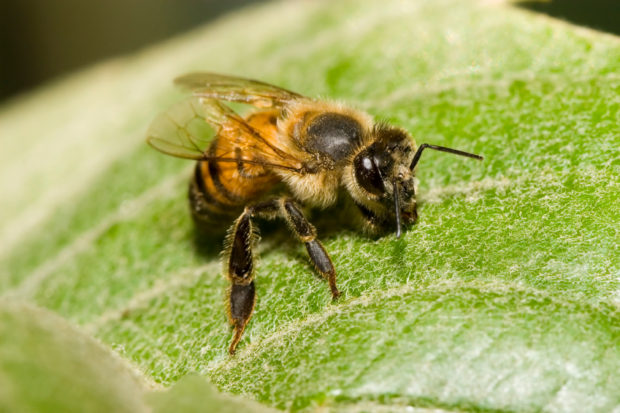 Bees, wasps, and hornets cause more deaths per year than spiders, snakes, sharks, bears, cougars, wolves, ants and alligators combined. About 58 Americans die per year due to bee, wasp and hornet stings.

Remember how fire ants can be deadly because they swarm so quickly. The same philosophy holds true for bees, except their venom is more potent, their numbers are even greater and, oh yes, they can fly after you. It’s not so much that a sting can be deadly (although it can to someone who’s allergic), it’s that you can be attacked by 30,000 or 40,000 bees at once, and a few hundred stings at a time can be deadly. In fact, in March 2013, two Tampa, Florida park employees were attacked by an estimated 100,000 bees.

Even with the Africanized “killer” bee, their venom is no more dangerous than a honey bee’s. The difference lies in their likelihood to swarm and sting. When a honey bee hive is bothered, only 10 percent of the bees will respond. When a killer bee hive is disturbed, the entire hive attacks.

The Africanized bee is actually the result of a genetic experiment–a hybrid cross-breeding of Western, African and European honey bees. Twenty-six swarms escaped Brazil in the 1950s and since then, they’ve multiplied and spread northward. They even colonized the Pacific Northwest in 2011.

That said, if bees are left alone, they are crucial to the agriculture of the United States. While Africanized bees are non-native and dangerous, the benefits of honey bees on the whole far outweighs the dangers. Either way, if you see a bee, let it go about its business.

All the animals listed here will typically only attack if they are disturbed in some way. For some perspective, remember that deer still rate as the most dangerous animal in the U.S. at 130 deaths per year because of the number of auto accidents in which they’re involved.

Are you surprised to learn that bees are more dangerous than snakes and spiders combined? Do you have a venomous animal story?